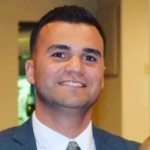 As a Master of Business and Sciences (MBS) graduate student, my academic and career pursuits encompass a holistic approach to sustainability and resiliency.  From an early age I became very much interested in natural systems.  My childhood experiences in the outdoors made me better understand the difficulties associated with sustainability in an ever-developing human society.  My scholastic interests provided the impetus to pursue a Bachelor of Sciences Degree from the University of Connecticut where I graduated in 2008.

Spending several years honing my skills as a laboratory technologist in several cytogenetic and histopathology facilities I decided to make a dramatic career pivot and enlisted in the United States Coast Guard in 2011.  Deployed to Haiti after the earthquakes of 2011 and resulting humanitarian disaster, I began to understand the consequences of unsustainable development.  In 2016, during my transition from active duty service, I was accepted to the Master of Business and Sciences Program and pursued a concentration in sustainability.

Under Professor Kevin Lyons PhD (Rutgers Business School), I assisted in developing several “buy-local” and “employ-local” initiates in both Newark and Jersey City.  A bulk of my supplementary research focused on creating a more holistic and sustainable approach to food hub implementation in the NJ metro area.  During my last year in the program I also had the pleasure to work under C2R2 faculty members Matt Campo and Lisa Auermuller on a New Jersey Department of Military and Veterans Affairs commissioned project to analyze climate risk to New Jersey Army National Guard facilities