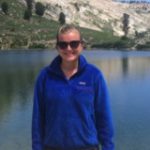 My background is in geosciences, particularly in physical earth systems and climate dynamics. I received my B.S. in Geology from the University of Arizona in 2015, and I am currently a M.S. candidate in the Earth and Planetary Sciences Department of Rutgers University. The projects I am currently working on include creating a database of paleostorm records from cores taken in backbarrier environments along the Atlantic coast of the United States. Additionally, I have been working on using a spatio-temporal empirical hierarchical model to analyze multiproxy relative sea level data from the Western Mediterranean. My interests in coastal climate risk and resilience lie within how coastal states, such as New Jersey, will mitigate and adapt to climate change and rising sea levels at the community and government levels. I am also interested in policy development by state and the federal governments that will aid these coastal communities in preparing for climate change.